Michael K. Williams, acclaimed "The Wire" actor, has died at 54 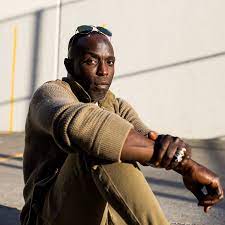 Michael K. Williams, an Emmy-nominated actor best known for his role in the hit HBO drama series "The Wire," was found dead in his Brooklyn home, NYPD sources confirmed to CBS News on Monday. Williams was 54 years old.
The sources said officers responded to Williams' home at approximately 2 p.m. local time and found him dead in his living room. Police did not provide any additional information about his death.
Williams, who was born and raised in Brooklyn, New York, won critical acclaim for portraying the shotgun-wielding robber Omar Little on "The Wire" from 2002 to 2008. He went on to appear in several other HBO series, including "Boardwalk Empire," in which he portrayed racketeer Chalky White.
HBO said in a statement that it was "devastated" to learn of Williams' death.
"While the world is aware of his immense talents as an artist, we knew Michael as a dear friend who was beloved by all who had the privilege to work with him," the network told CBS News. "We send our deepest condolences to his family for this immeasurable loss."
Williams told NPR in 2016 that he often struggled with separating himself from the character of Little while filming "The Wire," and that Little's struggle "was a little too close to home." He also told the outlet that he battled with addiction while filming the show, noting that he was "in jeopardy of destroying everything I had worked so hard for."
As he grew in his career, he said, he became more comfortable separating himself from the characters he played.
"One of the main things that's changed from when I was first on 'The Wire' and to now — in, particularly, 'The Night Of' — is I know how to differentiate myself from the character. ... I still go in just as deep, but now I have the tools ... to pull myself out of that," he told NPR.
Throughout his decades-long career, Williams was nominated for five Emmys, including three nominations for Outstanding Supporting Actor in a Limited Series or Movie for his work in "Bessie," "The Night Of," and "When They See Us," according to IMDB. He is currently nominated for Outstanding Supporting Actor in a Drama Series for playing Montrose Freeman in HBO's "Lovecraft Country."
Fans and colleagues mourned the actor's death on social media.
"Shocked and saddened by the death of Michael K Williams. One of the nicest brothers on the planet with the biggest heart," tweeted "The Wire" costar Isiah Whitlock Jr., who portrayed state Senator Clay Davis on the show. " An amazing actor and soul."
Actor Wendell Pierce, who also appeared on "The Wire" with Williams, described him as an "immensely talented man with the ability to give voice to the human condition portraying the lives of those whose humanity is seldom elevated until he sings their truth."
"He shared with me his secret fears then stepped out into his acting with true courage, acting in the face of fear, not in the absence of it," Pierce wrote. "It took me years to learn what Michael had in abundance."