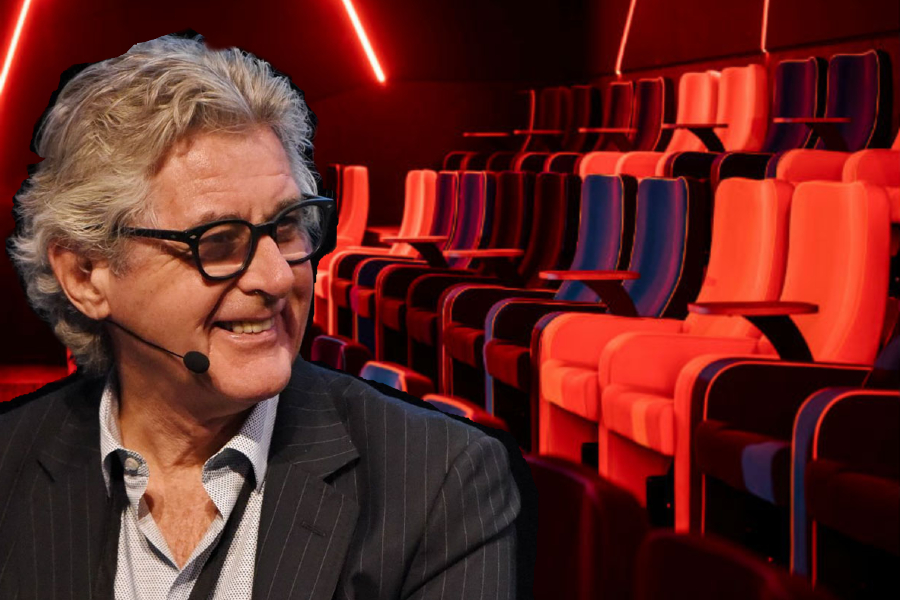 The scare of cinemas dying out has been the fear for movie enthusiasts even before the pandemic, but has the death of cinemas become a reality or is it just scaremongering? John Sullivan, founding director of The Big Picture Global Cinema Consultancy tells all.
Does the COVID-19 lockdowns of cinemas and the surge in direct-to-streaming film product signal the end of Cinema?
While investors, property markets and ardent cinema fans are all rightly concerned about the current state of cinema, rumours of its impending death are wildly exaggerated. Many cinema models and operators may be in decline, but a new wave of cinema experience was evolving pre-pandemic, and will grow rapidly as we re-emerge. This ongoing development of new models, formats, content, and service standards will create new opportunities for entrepreneurs and business models.
The core of Cinema is in the storytelling and to understand where the industry is headed, you need to understand where it has come from. Cinemas history is rife with growth and contraction, only to grow once more.
The History of Cinema
The medium for communicating stories has evolved through the centuries as technology evolved from hand puppetry during the caveman era, through shadow puppets of Asia, and the puppetry and Shakespearean theatre of the European middle ages; adapting and flowing along with technology and just as the modern-day computer has evolved from finger counting to abacus to computers, so it is with Cinema. The evolution of the viewing experience has always been part of how we enjoy film collectively.
We recently marked the 125th anniversary of the Lumiere brothers: the dawn of modern cinema as we know it. Over these 125 years Cinema has undergone massive changes from the silent films of the Lumiere age which roamed music halls and vaudeville venues to permanent theatres. Take the first Nickelodeon opening in Pittsburgh in 1905. These simple shopfront theatres flourished through the early twentieth century reaching their peak in the post first world war period, then overtaken in the 1920’s by more comfortable purpose-built picture houses providing a big screen experience and seating comfort needed for immersion in longer feature films.
With the introduction of talkies in the late 1920’s these PictureHouses came under increasing threat from far more luxurious cinemas evolving in to the grand PicturePalaces that we still (hopefully) hold sacred today and ushered in the period known as The Golden Age of Hollywood. All this came to an end in the 1950’s with the introduction of Televisions fast roll out into every home it seemed then that the age of cinema was truly dead. Cinema attendances in the United Kingdom fell – and fell dramatically.
The Knock-backs of Cinema
There were signs of public disengagement with cinema well before the proliferation of Television from 1947, resulting from lack of investment or further innovation of the PicturePalaces that together drove the growth in the 1930’s and 1940’s.
Throughout all these transitions it has been clear that Product (Film) Experience (Cinema) and Destination (Location) together drive growth. As cinemas and particularly the Grand PicturePalaces were driven into further decline through lack of investment and innovation, well earning the name ‘FleaPits’, they missed the next wave of change, driven by the growth of the blockbuster.
From the late 1960’s to the 1980’s, Hollywood studios were not met with well-prepared and modern venues but the ghosts of a bygone era; draughty, underheated or under cooled shabby affairs, unsuited to modern audiences. This was the time of releases like Easy Rider, A Clockwork Orange, The French Connection, and many other brilliantly produced films which could never be adequately viewed on the televisions of the era.
Some cinemas began to multiplex their grand old cinemas, but accountants struggled with the maths. Many fine properties were desecrated and the resulting experience was, and still is, underwhelming. Amazing films being produced in this era were hoovered up by fans from the local Video store. The popularity of the stars created through these films meant surging interest for Cinema again. The emergence of the multiplex in the 1980’s represents a development period that has continued rather unabated globally up until this pandemic.
Trends in particularly the last ten years though have favoured experience and comfort as preferred factors for audiences. Giant screens (IMAX, DOLBY, XPlus etc.), Screen X (immersive side images), motion seats, luxury seats (VIP, Everyman), alongside enhanced destinations offering multiple activities and food variety as clear winners.
“All about the experience”
Human beings are largely social. When it is safe we will come back together again to experience big screen, larger than life venues. Rather than being concerned about the long-term viability of the sector as a whole, interested investors and associated businesses, and even other businesses in the leisure space should instead be focusing on how particular partners ensure that customers experiences will be catered for. High on that list should be:
The immersive experience: Food & Beverage, integrated leisure offers e.g., bowling, escape rooms, indoor golf, cocktail bars and karaoke (like The Light Sittingbourne)
Local rather than regional cinemas (such as Depot, Lewes)
VIP seated cinemas with full reclining seats and still a family focus (example Showcase Cinemas)
Multimedia locations, with diverse range of screens offering live theatre & cinema, alongside the ability to further morph into state-of the-art conferencing
Immersive Cinema. Backyard Cinema, Secret Cinema and NightFlix mark the emergence of a new paradigm where the audience is part of and immersed in the story there is early-stage entry opportunities for budding entrepreneurs into this sector
High impact cinema, PLF (Premium Large or Luxury formats) where there are early indications that the fans of the mega budget Hollywood product prefer to experience the latest releases
There are a wide number of variables and issues that need to be sorted between existing Distributors, Exhibitors and Landlords over the next few months. What is clear that what will emerge will be a transformation of cinema going as we know it. I am equally certain that audiences are ready, indeed hungry, for such a transformation.