17 movies recommended by celebrities to watch on Netflix 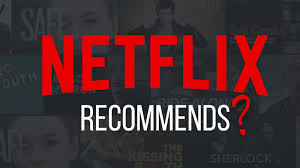 Bradley Cooper said he "loved" the 2018 movie "Roma."
Leonardo DiCaprio said "Taxi Driver" is the "greatest independent film ever made."
Jennifer Lawrence listed "Step Brothers" as one of her favorite movies.
Troye Sivan applauded the "alternative ending" in Quentin Tarantino's "Inglourious Basterds."
Both Jonah Hill and Robe Lowe said that "GoodFellas" is one of their all-time favorites.
Hill also said that "Moonlight" is a "masterpiece."
Josh Gad specified that "Indiana Jones and the Raiders of the Lost Ark" was one of his favorites.
Elizabeth Olsen explained why she thinks "Indiana Jones and the Temple of Doom" is the best movie in the Indiana Jones trilogy.
She also said that "First Wives Club" has been a particularly important movie throughout her life.
Olivia Munn shared that she watches "Groundhog Day" so frequently that it's "as if it's Groundhog Day."
Julianne Moore said that "Rosemary's Baby" has the power to "bring you to another place cinematically."
As for Joe Manganiello, the actor chose "The Shawshank Redemption."
Taylor Swift revealed that the Netflix film "Someone Great" inspired her song "Death by a Thousand Cuts."
Rian Johnson said that "Raging Bulls" is one of the films that defines him.
Gabrielle Union listed "Bad Boys II" as one of her go-to movies.
Ross Lynch explained that "The Theory of Everything" made him "appreciative of life."
He also pointed out that he enjoyed "About Time" and called it an "uplifting film."