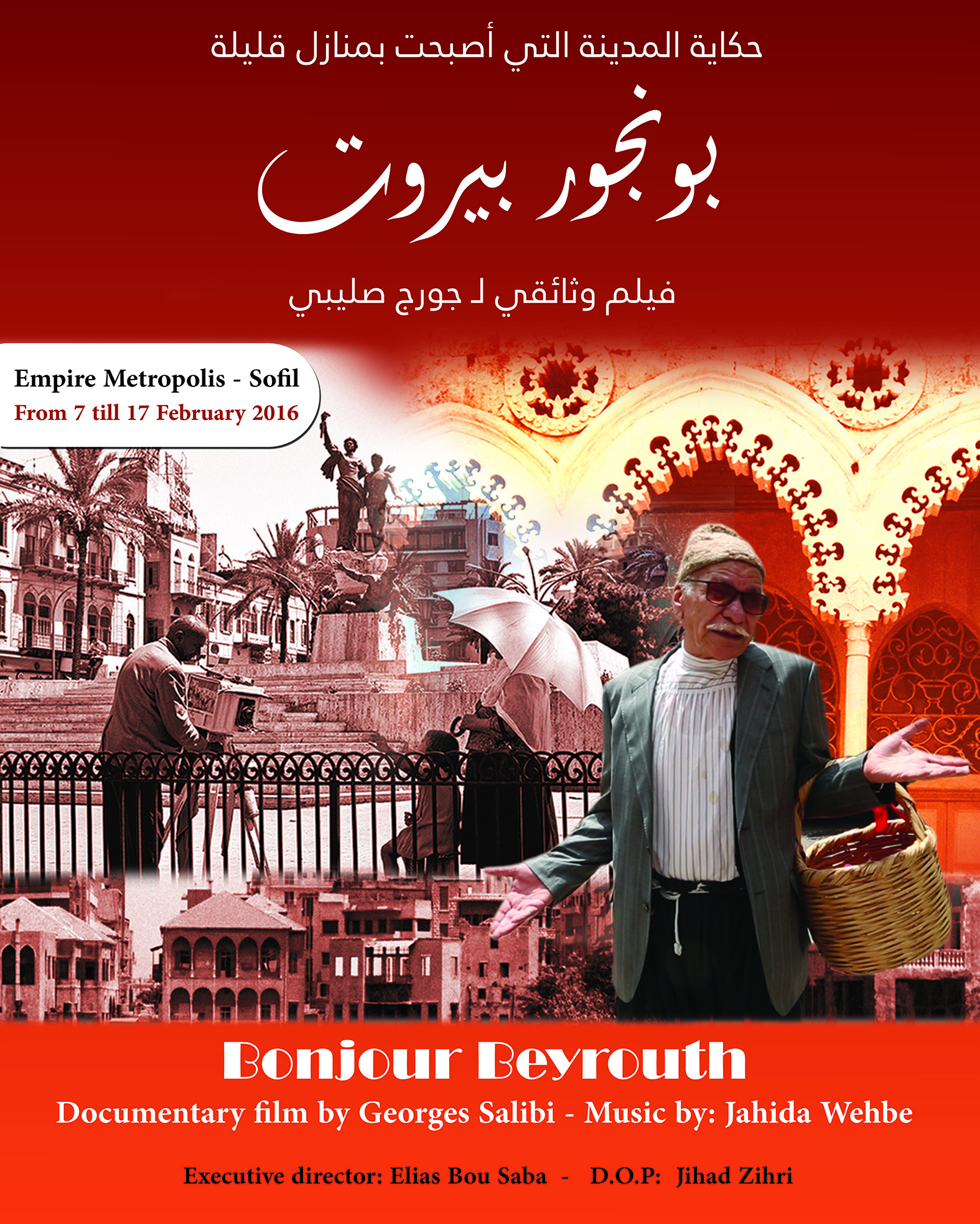 This documentary film talks about the old houses of Beirut and the struggle to preserve it in the absence of laws that protect it. The film also tells stories of some old houses and places such as: Sursock Palace, the Yellow House in Sodeco, House of Dahesh and others. It also contains testimonies from some public figures and politicians as: Walid Joumblatt , Michel Edde , Raya Daouk , Baheeg Tabara , ex-ministers of culture and the present minister Raymond Araygi , and others.

No showtimes available on this day