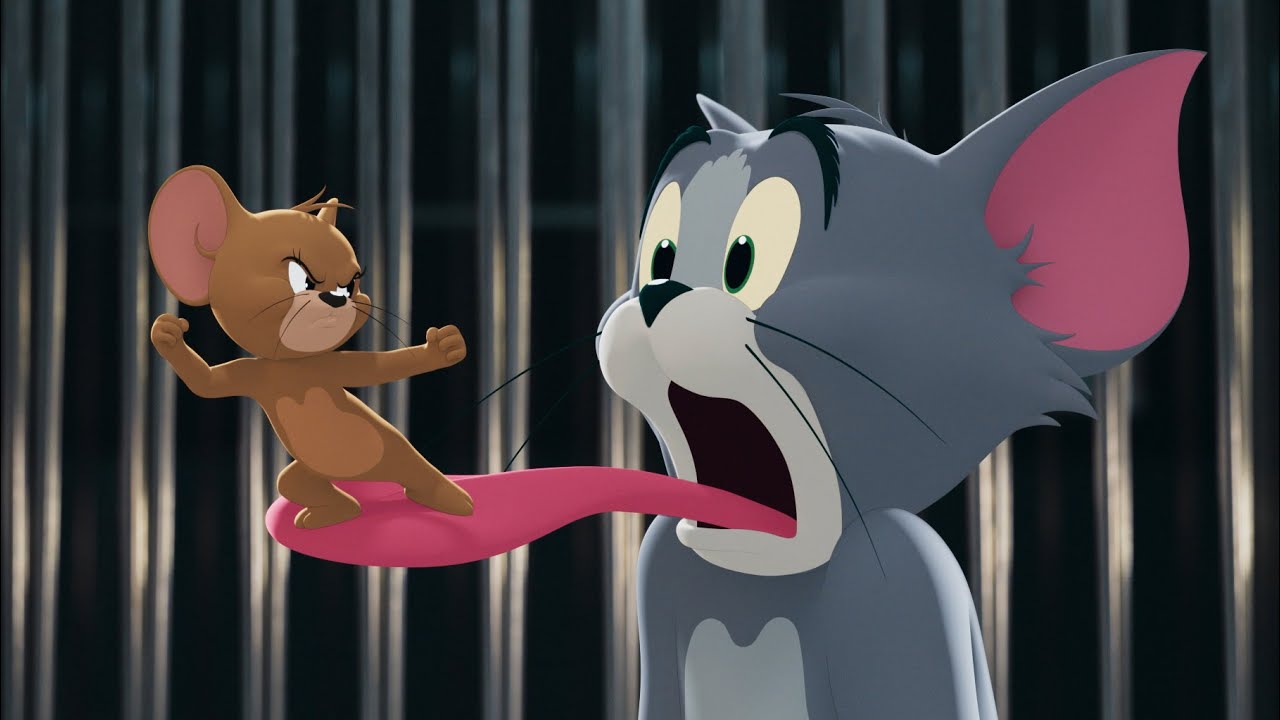 For every “Paddington” or “21 Jump Street” that turns existing intellectual property into delightful entertainment, there are dozens of failed attempts, like “CHIPS” or “Marmaduke” or “Baywatch.” Joining that latter list of disappointments is “Tom & Jerry,” a frustratingly unfunny attempt to revive the “Itchy and Scratchy”-inspiring cat and mouse as a live-action-animation hybrid.
If there’s a way of taking those classic slapstick shorts and making their feline-vs.-rodent mayhem appealing over the course of a feature film, director Tim Story (2019’s dreadful “Shaft”) and screenwriter Kevin Costello (“Brigsby Bear”) haven’t cracked the code.
“Tom & Jerry” isn’t an origin story, or an updating, or a revival, or even an ironic commentary. It’s not really much of anything, except an unreal melding of 2-D animated characters and real people in what’s supposed to be modern-day New York City.
Let’s unpack those characters for a second: All the animals in this universe’s Manhattan are cartoons, from the title characters to the horses pulling carriages in Central Park to the pigeons (who also sing A Tribe Called Quest songs). Ostensibly, they’re animated so that it doesn’t look like animal cruelty when, say, someone repeatedly slams a garage door on Tom’s neck or sets elaborate traps for Jerry. That’s all well and good, but when we also get animated dogs and cats caged up at the animal-control pound, or cartoon dead mackerels being thrown around the Fulton Fish Market, it all becomes at best, not well thought-out, and at worst, rather grotesque.
These details wouldn’t matter in a movie that had some kind of vision, or even in one that was consistently funny, but “Tom & Jerry” is neither of those things. Instead, it’s just a lazy way for a studio to capitalize on some famous characters it happens to own.
Leading up the thankless human roles is Chloë Grace Moretz as the perpetually unemployed Kayla, who fakes her way into a temp job at a swanky hotel with a stolen résumé. She’s being hired by hotel chief Mr. Dubros (Rob Delaney) and events manager Terence (Michael Peña) to assist with the season’s biggest event, the nuptials of Instagram It Couple Preeta (Pallavi Sharda, “Lion”) and Ben (Colin Jost, “SNL”), an event that goes from gargantuan to literally elephantine with the introduction of a pair of (animated) pachyderms.
The couple brings with them Ben’s bulldog Spike (voiced by Bobby Cannavale) and Preeta’s fluffy and potentially lethal cat Toots, only adding to the mayhem of having Tom and Jerry underfoot. The movie wants us to like and relate to Preeta and Ben — whether or not their wedding comes off becomes a major plot point — so it’s far more cringey than funny when the animals on hand destroy their beautiful, elaborate party. (The hotel chef played by Ken Jeong — because of course — may be a high-strung jerk, but when he chops up the gorgeous wedding cake in an attempt to capture Jerry, it’s not hilarious, it’s just, “Aw, the poor bride and groom.”)
There’s a half-hearted stab at creating an origin story for Tom and Jerry: They meet when Tom, who has dreams of being a piano player, is busking in Central Park, only to have Jerry try to horn in on his action, ruining everything and destroying Tom’s keyboard. In the old cartoons, we root for Jerry, because he’s prey in danger of being eaten by predator Tom. This time out, Jerry’s an obnoxious creep, and Tom is the wronged party, but the movie still falls back on the old Jerry-outwits-and/or-injures-Tom tropes.
That’s just not as funny. Nor is the wildly outsized cartoon violence between these characters when it plays out in the real world, and around real people, rather than in cartoon kitchens and living rooms. Even the pleasures of Story’s admittedly impressive set pieces (an elaborate Rube Goldberg device, a Manhattan car-and-skateboard chase) aren’t enough to beat back the tonal dissonance, to say nothing of the encroaching monotony.
One could point out the film’s changing rules regarding the laws of physics, and inter-species communications — Tom and Jerry can’t speak, but they can write English and play charades — but “Tom & Jerry” certainly doesn’t care about those details, so why should we? It’s not like setting up a universe and its internal logic could be a springboard for jokes or anything.
Instead, we can empathize with the talented human cast, who probably had visions of “Who Framed Roger Rabbit” dancing in their heads as they flailed about the set. Sharda and Delaney probably come off the best; she radiates frazzled-bride tension, he offers a hilariously blustery stiff upper lip (covered by a mammoth mustache), and it no doubt helps that they have little interaction with Tom and Jerry. Moretz mostly goes with the flow, while Peña strains to maintain his dignity, and Jost falls back on his “Weekend Update” deadpan.
As “Tom & Jerry” makes its HBO Max debut, the streaming service currently offers more than 70 of the characters’ classic, vintage animated shorts, loaded with cat-and-mouse hilarity. Any random dozen of them would be time better spent for viewers of all ages than 100 minutes of this 21st century catastrophe.
“Tom & Jerry” opens in select theaters and for a limited run on HBO Max Feb. 26.