‘Last Chance U: Basketball’ Gets Premiere Date From Netflix, and a First-Look Teaser 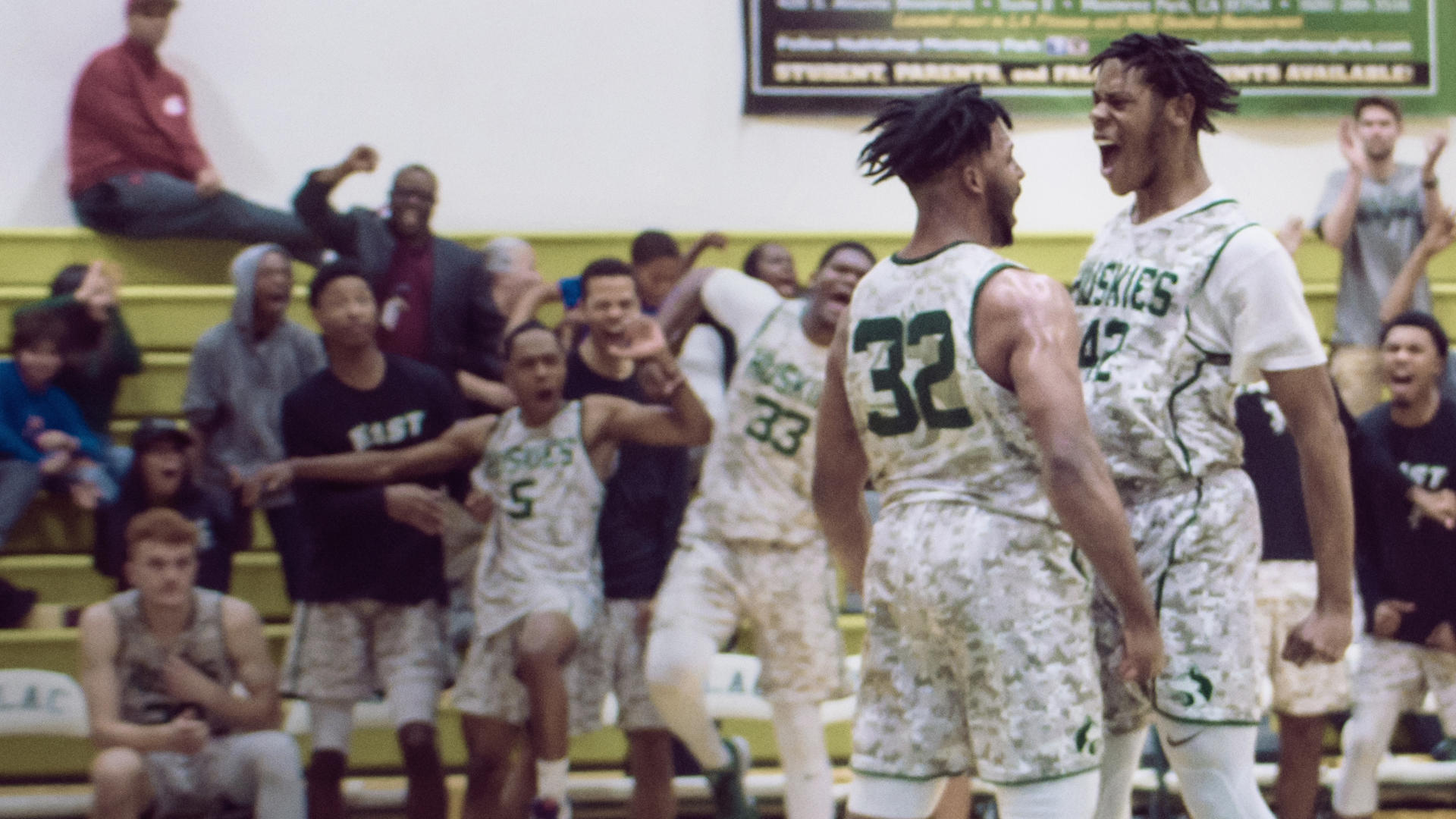 Last Chance U: Basketball | Official Teaser | Netflix: https://www.youtube.com/watch?v=T8zuMXX0zSI
“Last Chance U” is heading from the football field to the hardcourt for “Last Chance U: Basketball,” a spinoff of Greg Whiteley’s excellent Netflix docuseries. The new series, chronicles the 2019-20 season of junior-college hoops in California, will launch on March 10, 2021.
We can also reveal the new show’s first teaser, in which ELAC head coach John Mosley promises: “It’s hard as hell here.”
Watch that via the video above.
“Basketball builds character? Not necessarily,” Mosley says in the first-look video. “Basketball reveals.”
“Last Chance U: Basketball” provides an “honest, gritty look inside the world of community college basketball,” according to Netflix’s synopsis. Having seen the entirety of Season 1, we can sign off on that.
We can also co-sign that whole thing about “character” the passionate coach/preacher says in our sneak peek.
Over the course of eight episodes, viewers will follow the East Los Angeles College Huskies (ELAC) in their high stakes chase to an unprecedented California state basketball championship. Led by Coach Mosley, the ELAC team is made up of former D1 recruits and powerhouse athletes hustling to prove themselves for a last chance to fulfill their dreams of playing at the next level. But the team is tested as the players battle adversity, inner demons, and emotions on and off the court.
Anyone who followed the 2020 college basketball season (on any level, really) — or even just the calendar — can probably figure out the extra level of “adversity” these Huskies face. All we’ll say is stick around for the season finale (or just Google it).
“Last Chance U: Basketball” is a Netflix production in association with GQ Studios, Endgame Entertainment, One Potato Productions, and Boardwalk Pictures. Executive producers are Whiteley, Joe LaBracio, Lucas Smith, and James D. Stern. Co-Executive Producers include Andrew Fried, Dane Lillegard, and Adam Leibowitz. The series is directed by Whiteley, Leibowitz, and Daniel George McDonald.