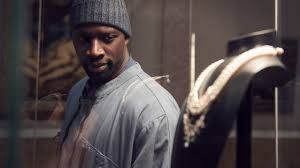 Netflix’s Lupin is also set to have more viewers than Bridgerton in its first 28 days
Netflix has updated fans on when Lupin season 2 (or Lupin Part 2, in the show’s parlance) is expected to drop on the streaming service.
The hit French heist thriller, starring Omar Sy as gentlemen thief Arsene Lupin, will release its next batch of episodes “later this year.” That comes after Lupin’s first five episodes were made available to stream in early January.
Unfortunately, there isn’t a tighter release window – but news that Lupin Part 2 is heading our way in 2021 is music to the ears of the millions upon millions of viewers who have made Lupin the most-viewed show on Netflix across multiple countries.
Yes, millions. Netflix has revealed potential viewing figures for Lupin. A projected total of 70 million households will watch at least some of the series in its first 28 days. By comparison, The Queen’s Gambit drew in 62 million viewers during its opening month. Recent sensation Bridgerton was watched in 63 million households. We could be looking at Netflix's next big thing.
Lupin has compelled with its thrilling narrative set across multiple timelines and heart-stopping set pieces. Couple that with a charismatic lead and a small amount of episodes then, as Lupin reactions predicted, you’re looking at your next binge and one of the early frontrunners for 2021's best series.
But Netflix isn’t stopping with just more Lupin. The streamer has also recently announced plans to release a new original movie every single week in 2021 – with headline names including Leonardo DiCaprio, Gal Gadot, and Dwayne Johnson all featuring.
For now, it’s Lupin that’s stolen our hearts – and we’ll have new episodes to treasure later this year.