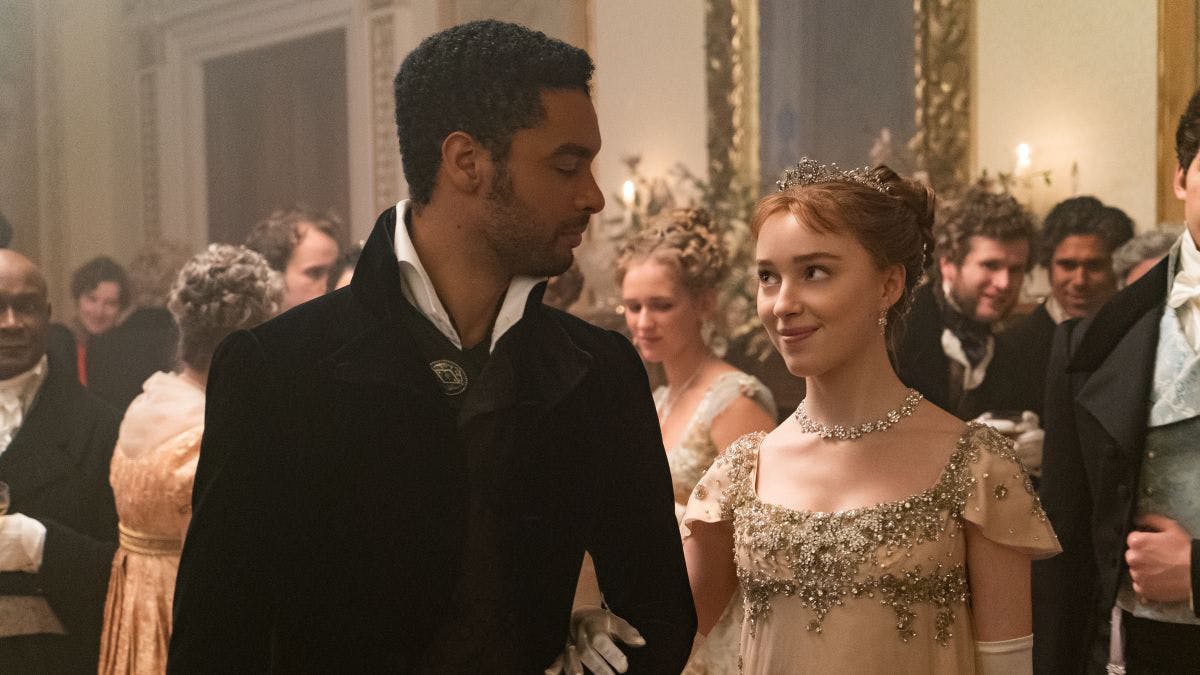 "Gossip Girl" meets "Harlots" in Shonda Rhimes' new period drama about the ins and outs of London's high society. To learn more about the actors behind the hit Netflix show, here's everything you need to know about the cast of "Bridgerton."
If you haven't watched watched Bridgerton on Netflix yet, there's still time to binge the series from the mind of TV legend Shonda Rhimes that everyone is talking about. Set in the early 1800s, the series showcases London's elite during a debutante season overseen by Queen Charlotte, wherein young ladies of age spend weeks in the city attending parties and events in the hopes of catching the eye of a dashing suitor and securing a proposal. The show's protagonist, Daphne Bridgerton, begins her season with the dream of finding a "love match." After bumping heads with the dashing but stubborn Duke of Hastings, the two strike a deal that will benefit both parties, and successfully fool the local gossip writer (and series' narrator) Lady Whistledown.To find out more about the actors and characters, find below everything you need to know about the cast of Bridgerton.
Phoebe Dynevor
In the series, Dynevor leads as Daphne Bridgerton, the crown jewel of the debutante season. Before her Netflix debut, the actress had a recurring role in the Darren Star show Younger as Clare. She also starred in the crime show Snatch on Crackle with Harry Potter actor Rupert Grint.
Regé-Jean Page
As Simon Basset, Duke of Hastings, Page stands out as Rhimes' new McDreamy (Lord McDreamy?). Prior to his role at English court, Page starred in the series Roots, as well as the ABC legal drama For the People. The Zimbabwe native also has film credits for the apocalyptic action movie Mortal Engines and Sylvie's Love alongside actress Tessa Thompson.
Jonathan Bailey
Before appearing in Bridgerton as Anthony Bridgerton, Daphne's over-protective eldest brother, Bailey was a theatre actor working in London. In 2013, he appeared in the musical version of American Psycho alongside The Crown star Matt Smith. He also held various guest roles in shows like Doctor Who, Chewing Gum, and Jack Ryan.
Golda Rosheuvel
Rosheuvel shines as the all-powerful Queen Charlotte who dubs Daphne as the "one to watch" for the debutante season. In her career, she's found roles in several on-screen projects such as EastEnders, Lady MacBeth, and Torchwood. However, her work as a theatre actress is quite notable: in 2018, she played a lesbian Othello in the iconic Shakespeare play, to much critical acclaim.
Adjoa Andoh
Andoh stars as Lady Danbury, a lover of gossip and mother-figure to Simon. While her meddlesome ways seem to ruffle the Duke's feathers, in the end, her keen sense for romance leads the two love interests back together. Before Bridgerton, Andoh was known for her recurring roles in Doctor Who and Thunderbirds Are Go.
Nicola Coughlan
Prior to her role as Penelope Featherington, neighbor to Daphne and fellow debutante, Coughlan already experienced the "Netflix effect" thanks to her show Derry Girls. Originally aired on BBC, the comedy series was subsequently released onto the streaming platform and found an international audience that praised the writers' interpretation of The Troubles through the eyes of '90s teenagers.
Ruby Barker
A relatively new face to the industry, Barker has only appeared as minor character in the British shows Wolfblood, Doctors, and Cobra. However, in Bridgerton, Barker shakes up the London scene as Marina Thompson, a "distant cousin" of the Featheringtons who has come to the city for the debutante season. Soon, though, it's discovered that her presence is a part of a gambling debt settlement between her father and Lord Featherington, and, to make matters worse, she's with child.
Julie Andrews
While she may not be on camera, the Hollywood icon known for her roles in The Sound of Music and The Princess Diaries narrates the series as Lady Whistledown (think Kristen Bell in Gossip Girl) to provide a recognizably uppercrust British accent to the omniscent town gossip columnist for the viewers' benefit.