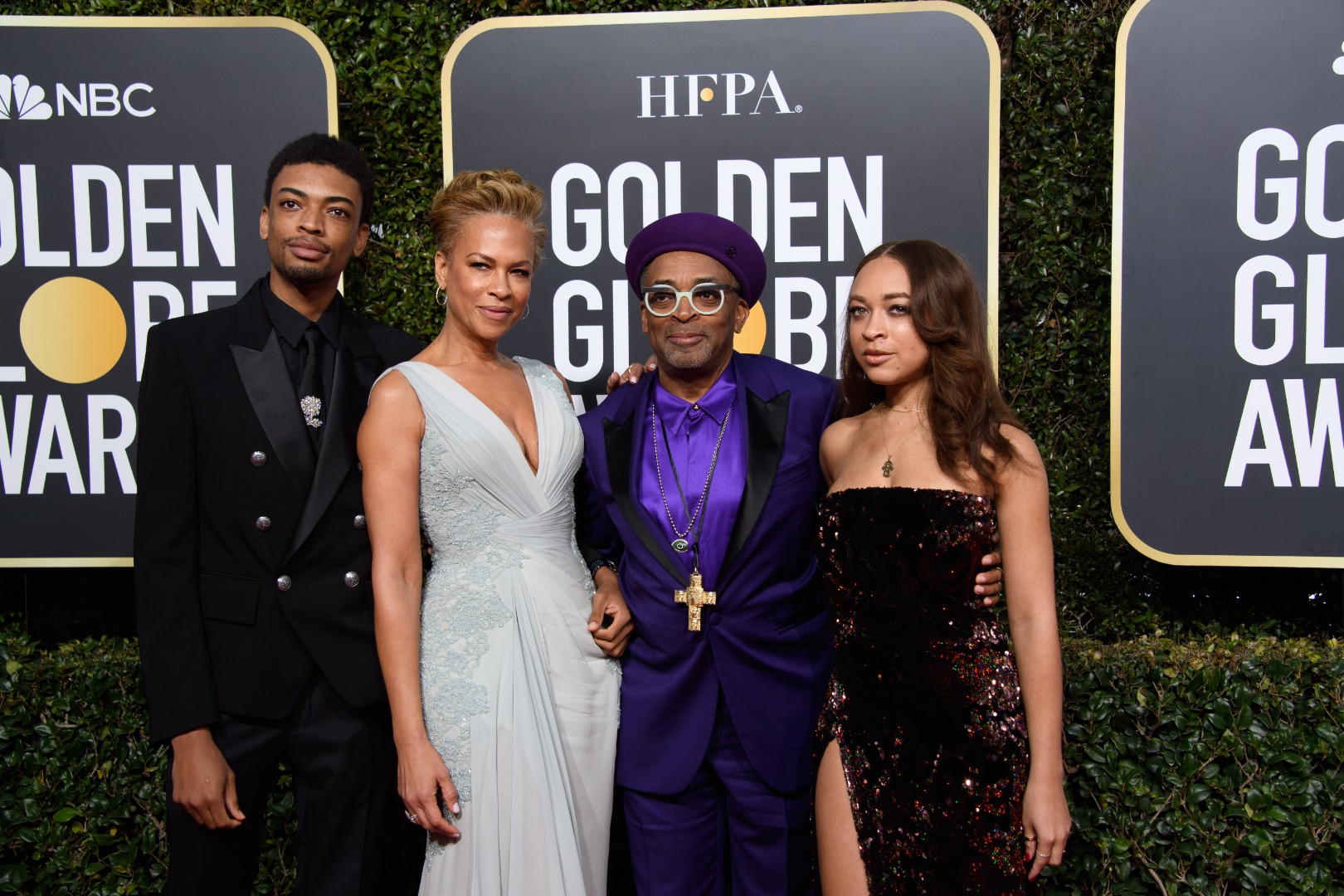 Spike Lee and Tonya Lewis Lee’s children, Satchel and Jackson, have been named the 2021 Golden Globe ambassadors by the Hollywood Foreign Press Association.
The news was announced at a virtual event by last year’s Golden Globe ambassadors, Dylan and Paris Brosnan. Jackson Lee is the first Black man and the two are the first siblings of color to serve as ambassadors.
“We’re proud to welcome Satchel and Jackson Lee to an incredible roster of previous Golden Globe ambassadors,” HFPA President Ali Sar said in a statement. “Akin to their esteemed filmmaker father known for his uncompromising and provocative storytelling, Satchel and Jackson have already begun to blaze their own paths in the arts. We are honored to see how they’ll use this platform to elevate the important issues of LGBTQIA+ health and youth mentorship.”
Satchel Lee, who was the creative director of intersectional and queer magazine Drøme, chose Callen-Lorde as the charity she will support through the Golden Globe ambassador role. The primary care center helps LGBTQ+ people in New York. Jackson Lee, who designed Nike’s Jordan Mars 270 shoe, chose Big Brothers Big Sisters.
“We’re proud to carry our father’s legacy of storytelling to bring attention to communities close to our hearts,” Satchel Lee said. “This year has illuminated just how disproportionately Black and Brown people and the LGBTQ+ communities are affected by pre-existing conditions, so it’s an honor for me to be able to shine a spotlight on the heroic doctors and nurses at Callen-Lorde who work tirelessly to care for some of the most vulnerable people in New York City.”
Each charity chosen by the Lee siblings will receive a $25,000 grant from the HFPA.
“Having my dad as a mentor inspired me to choose Big Brothers Big Sisters, a charity built upon the foundation that forming positive, intergenerational relationships can have a profound impact on young lives,” Jackson Lee said. “As a visionary creative, my dad taught Satchel and me the importance of entertainment as a cultural catalyst of change.”
Each year’s ambassadors are chosen by members of the HFPA, and are typically the children of Golden Globes winners or other industry members. Past ambassadors include Isan Elba, Simone Garcia Johnson, Corinne Foxx, Greer Grammer, Sosie Bacon, Francesca Eastwood, Sam Fox, Rainey Qualley, Gia Mantegna, Rumer Willis, Laura Dern, Joely Fisher, Melanie Griffith, Freddie Prinze Jr., and Mavis Spencer.
The 78th annual Golden Globe Awards ceremony takes place on Feb. 28 at 8 p.m. ET, with hosts Tina Fey and Amy Poehler returning to lead the proceedings.
The HFPA has not announced the format of the show, which was postponed from its original Jan. 5 date due to the pandemic.